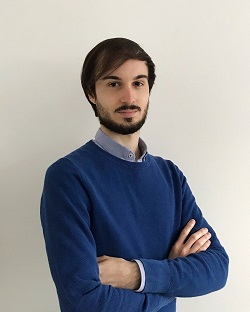 Alessandro Lussana is a bioinformatician at IRCCS Ospedale San Raffaele (Milan, Italy), where he is part of the Bioinformatics Core at the Center for Omics Sciences. He closely interacts with experimental researchers to investigate viral-induced immune responses, analyzing omics data from single-cell and bulk samples with cutting-edge computational methods.

Bioinformatics is at the intersection of Alessandro’s fondness for life sciences and his programming-oriented aptitude. He obtained a BSc in Biotechnology at the University of Turin, where he collaborated with the Computational Biology Unit under the lead of Prof. Paolo Provero and gained experience in the computational analysis of genetic variation and its effect on gene expression. He then graduated with honors in Bioinformatics at the University of Bologna developing his master’s thesis at Nykter Lab at Tampere University (Finland). In Matti Nykter's group, he analyzed chromatin accessibility in clinical cancer samples using convolutional neural networks models and was offered to be a grant holder for the faculty. He is now at IRCCS Ospedale San Raffaele to contribute to immunological research and acquire advanced bioinformatics skills and knowledge.

Alessandro handles programming and scripting languages such as Python, R, and Bash, and has experience in large-scale HPC technologies. He has a keen interest in research reproducibility and data standardization solutions, which he applies to his scientific work.