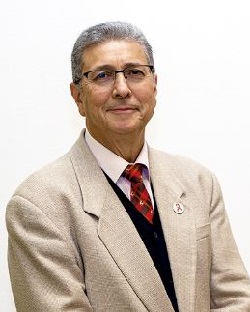 M.D. degree (1982), Specialist in Oncology (1985) at the University of Ferrara, Italy. In 1984, he joined the Laboratory of Alberto Mantovani at the “Mario Negri” Institute in Milano, Italy, providing the first descriptions of innate immunity perturbations in AIDS. In 1986 he joined the Laboratory directed by Anthony S. Fauci (NIAID, NIH, Bethesda, MD) where he studied the role of interferons and cytokines in HIV latency and replication, receiving the NIH Award of Merit (1992). He returned to Italy in 1994 as Head of the AIDS Immunopathogenesis Unit at IRCCS Ospedale San Raffaele in Milano. He received the European Society for Clinical Investigation Award in 1999.

In 2002 he became Associate Professor of Pathology at Università Vita-Salute San Raffaele in Milano (full professor sice 2016). From 2008 to 2017 he coordinated the Basic and Applied Immunology and Oncology Section the PhD in Molecular Medicine. Among other grants, he has participated to several EC-FP6 funded grants (AVIP, NEAT, Europrise) and coordinated the “GISHEAL” program on the genetics and immunology of HIV long term nonprogressors; he has also participated to the FP7-funded project “AIM-HIV” on microbicide discovery.

He is, or has been, Associate Editor of different scientific journals including J. Immunol., AIDS and Frontiers. He is author of 167 original articles and 99 reviews, editorials or book chapters scientific publications for a total impact factor >1,250, >10,316 citations and an h-index of 55 (source: Scopus).