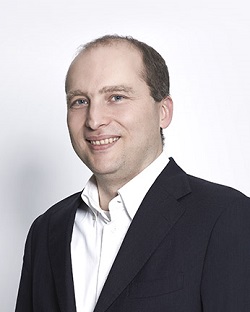 Prof Giovanni Landoni, MD, earned his degrees in Milan University and is currently Associate Professor at Università Vita-Salute San Raffaele, Milan, where he works as head of research in the department of Anesthesia and Intensive Care of IRCCS Ospedale San Raffaele. In the period 2006-2018 he participated to ideation, writing and implementation of 14 grants that got funding from national and international donors and attracted 10 further trials supported by grants from abroad.

He served as reviewer for over 50 journals (NEJM, JAMA, The Lancet, British Medical Journal, Circulation and Intensive Care Medicine among others) and for foreign grant agencies and he is member of the Editorial Board of several international journals.

He was member of the Technical Scientific Committee (CTS) of AIFA, the Italian Food and Drug Administration (2009-2012)

He was (2012-2017) the Italian member of the Representative Council of EACTA (European Association of Cardiothoracic Anesthesiologists).

He spent three years abroad performing research and working in the U.S.A., Spain, the Netherlands, India (where he married) and Uganda.

He filed applications for 5 patents in the field.