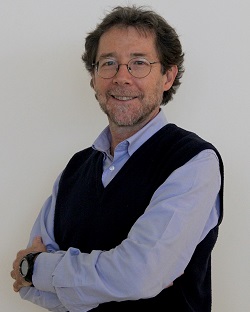 
Dr. Alessio holds a degree in Biology and a PhD in Human Biology. At the beginning of his carrier, from 1983 to 1994, he was AIRC fellow at the Cell Biology laboratory of the University of Turin and visiting scientist at Dana Farber Cancer Institute of Boston (MS) and at the Cell Biology Laboratory, American Red Cross in Rockville (MD). During that time, he developed expertise in tumor immunology, cell biology and protein biochemistry, contributing to the biochemical and functional characterization of CD38 and CD36 molecules. Then, Dr. Alessio moved to the San Raffaele Scientific Institute in Milan, as senior scientist in the Immunobiology Unit.

In 2000, he became Project Leader developing his expertise in differential proteomics for biomarkers identification and characterization, and for protein post-translation modifications analysis. In 2007, he became Head of the Proteome Biochemistry Unit and was mainly dedicated to neuro- and onco-proteomics studies. His work contributed to the identification of immunological target antigens in colorectal cancer and to the definition of HS1 molecule phosphorylation as a marker for B-CLL prognosis. From 2001 to 2018, he was professor on contract in "Proteomics" at the San Raffaele University in Milano. His scientific interests are now dedicated to defining the role of the ferroxidase ceruloplasmin in neurodegenerative diseases characterized by brain iron accumulation, in particular in the rare genetic disease aceruloplasminemia with the aim to define innovative therapeutic approaches.