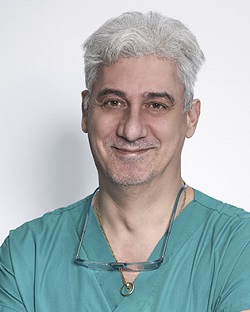 He has held numerous position in Italian and international scientific societies (AISP, E-HPBA, IAP, ENETS) and is an associate editor of several international surgical and gastroenterological scientific journals. He contributed to the writing of national and international guidelines for the diagnosis and therapy of cystic and neuroendocrine neoplasms of the pancreas. He is the elected president of the European NeuroEndocrine Tumors Society (ENETS) for the biennium 2016-2018.

Professor Falconi is the author of more than 400 scientific articles with an IF of 1633 and a h-index of 70. He participated as invited speaker at more than 300 national congresses and more than 350 international scientific meetings. He underwent more than 3600 surgical interventions, 1500 performed by first operator, 750 as assistant and 1400 as tutor.