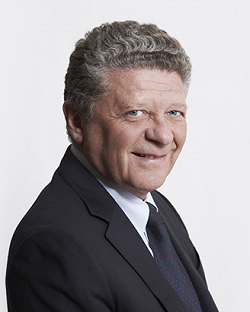 Emanuele Bosi graduated in Medicine in 1979 from the University of Milan, Italy, where he also received a specialty diploma in diabetes and metabolic diseases and subsequently in clinical immunology. During his career he has received clinical training in Milan and worked as a clinical investigator at the Edouard Herriot Hospital in Lyon, France, and the University College and St Bartholomew’s Hospitals in London, UK.

His research activity has been entirely devoted to diabetes, with focus on prediction and prevention of type 1 diabetes, new drugs for type 2 diabetes, innovative technologies for blood glucose monitoring. Noteworthy, Dr. Bosi is Principal Investigator of the International TrialNet Clinical Center at the San Raffaele Hospital. TrialNet is a NIH funded consortium of Centers conducting a variety of intervention trials in recent‐onset type 1 diabetes and in subjects at risk of the disease, as well as further defining the natural history of the disease and its pathophysiology (link).

Emanuele Bosi is member of several scientific societies, has been on the editorial boards of a number of journals and is scientific advisor to numerous pharmaceutical and biotechnology companies. He has published over 150 scientific papers.