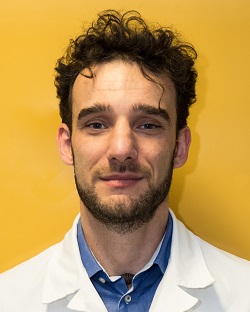 
Andrea started as a Group Leader of the “Human hematopoietic development and disease modeling unit” at SR-Tiget in Milan (Italy) in November 2016. After graduating with Dr. Vitiello in 2004 in Medical Biotechniologies at the University of Padua studying antisense oligonucleotide-induced exon skipping as an alternative therapy for Duchenne Muscolar Dystrophy, he moved to Dr. Cavazzana’s laboratory at the Necker Hospital in Paris. He received his PhD in 2008 from the Université Réné Descartes – Paris V on Cellular and Developmental Biology studying fetal hematopoiesis in the mouse embryo, where he found that in the amniotic fluid of the midgestation embryo there is an underappreciated population of fetal hematopoietic progenitor cells. “Thunderstruck” by developmental biology and stem cells, he pursued his post-doctoral studies in Dr. Gordon Keller’s lab at the McEwen Centre for Regenerative Medicine in Toronto, where he studied the differentiation of pluripotent stem cells to model human developmental biology and diseases. During his post-doc he contributed to seminal papers defining the origin and the mechanisms regulating the generation of blood cells during human development, thus building the ideal platform for our studies aimed at understanding the regulation of normal and pathological hematopoietic development.