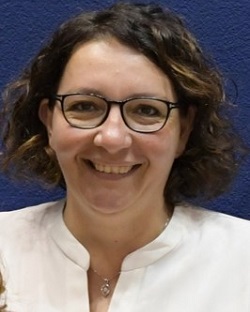 Group leader, Mechanisms of inflammation in health and disease Unit


Alessandra graduated in Biological Sciences at the University of Milan. In 2006, she received a Ph.D. in Cellular and Molecular Biology from the Open University (UK). During her Ph.D. studies at San Raffaele Telethon Institute for Gene Therapy (SR-Tiget), she investigated the efficacy and safety of lentiviral vector-mediated gene therapy in the mouse model of ADA-SCID. She actively contributed to the clinical development of gene therapy mediated by the infusion of genetically corrected hematopoietic stem cells for ADA-SCID. She continued her postdoctoral studies in the laboratory of Prof. Paola Castagnoli at the Department of Biotechnology and Biosciences, University of Milano-Bicocca, where she investigated the role of dendritic cells in the inflammatory process induced by pathogens and danger signals alerting the immune system. In 2008, she moved to the Singapore Immunology Network (SIgN-A*ASTAR), a new and vibrant international research institute, and became a Principal Investigator in 2011. The research interests of her group laid in the understanding of innate mechanisms driving inflammation, and in particular, the role of the NLRP3 inflammasome. During this time, she published numerous peer-reviewed original papers and reviews as the corresponding author. Her work also significantly contributed towards filing a patent for IL-1b-neutralizing human monoclonal antibodies following functional studies in a mouse model of gout. In 2018, she returned to Italy at SR-Tiget, initially as Project Leader and now Group Leader. The research activity of her group focuses on understanding the immunological mechanisms that regulate the inflammatory processes to identify new therapeutic targets. In addition, Alessandra and her team are currently developing advanced therapies based on genetically corrected hematopoietic stem cells for the treatment of autoinflammatory diseases (i.e., adenosine deaminase 2 deficiency).

Alessandra published 54 peer-reviewed original papers and reviews, 35 of which as first, last, or corresponding author. She received the Young Investigator Award from the League Associations of Rheumatology (2011) and the prestigious Marie Skłodowska-Curie Individual Fellowship funded under the Horizon 2020 program by the European Commission (2019).