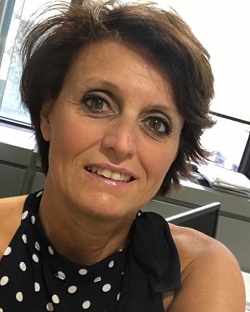 
During her early career, Dr. Gregori made pioneer work in studying the role of vitamin D3 and its analogues in transplantation tolerance and in preventing autoimmune diabetes, working in the group of Prof. L. Adorini. She demonstrated, for the first time, that the pathogenesis of type 1 diabetes in NOD mice correlated with an enhanced pathogenicity of T effector cells and a decreased suppressive activity of Tregs. Later, she performed important work in the defining the mechanisms underlying the induction and function of Tr1 cells, working in the group of Prof. MG Roncarolo. She demonstrated that Tr1 cells can be induced in vitro using a new subset of tolerogenic DC, termed DC-10, present in vivo and inducible in vitro. These studies have been instrumental to the definition of a protocol for the induction of Tr1 cells for cell therapy. She identified that specific killing of myeloid cells represents an additional mechanism of suppression mediated by Tr1 cells, and she contributed to the definition of a new protocol for Tr1 cell induction using IL-10 gene transfer and in the discovery of the biomarkers of Tr1 cells.

More recently, she become and independent researcher and she has been focused her research on tolerogenic DC and on the role of HLA-G in promoting tolerance. She is currently involved in defining the role of DC-10 in healthy and pathological conditions, and in defining methods for generating efficient and stable human tolerogenic DC for cell-based approaches.

1995-1999  PhD student in the laboratories of Roche Milano Ricerche under the supervision of Prof. L. Adorini.
1994-1995 Internship in the laboratories of Prof. GF. Bottazzo, Department of Immunology, London Hospital, London.
1992-1994 Research training in the Department of Pharmacology, School of Medicine, University of Milan, under the supervision of Dr. O. Marelli.
1999 Specialization in Biotechnology at the University of Milan. 50/50 with honors
1994 Degree in Biological Science at the University of Milan. 104/110.
1988 Scientific Lyceum diploma. Liceo Scientifico Statale “Elio Vittorini” Milan, Italy