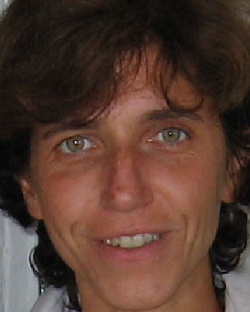 
Anna Villa is the Head of Unit at the Institute of Genetic and Biomedical Research, CNR and coordinates a group of gene therapy of Primary immunodeficiency at the Telethon Institute for Gene Therapy (SR-Tiget). Her research is focused on molecular and cellular dissection of severe combined immunodeficiencies. She showed that hypomorphic mutations in Rag1 and Rag2 genes impairing protein activities are responsible for a peculiar SCID form, named Omenn syndrome. In parallel with the identification of genes involved in SCID, Anna Villa has addressed her studies to the efficacy and safety of gene therapy of Wiskott Aldrich syndrome, a complex and severe X-linked disorder characterized by micro-thrombocytopenia, eczema, immunodeficiency, and increased risk to develop autoimmunity. Using third generation of lentiviral vector carrying human WAS gene driven by its own promoter, she demonstrated that gene therapy can restore functional defects in T cells and in B cells. Anna Villa has also contributed to the molecular dissection of another important genetic disease. In the last years, she has directed her interests to a heterogeneous group of bone diseases, named Osteopetrosis. These studies represent the beginning of the molecular dissection of this complex and heterogenous inherited bone defects.