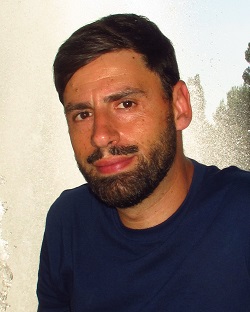 Angelo obtained his PhD in Cellular and Molecular Biology in 2011 working in the lab of Luigi Naldini on the development of innovative gene therapy approaches based on artificial nucleases and targeted genome editing. His early studies were the first to report gene editing in clinically relevant cell types, including human embryonic stem cells and hematopoietic progenitors. His major contribution to the field extends to the identification of the human AAVS1 locus as a genomic safe harbor for transgenesis and the development of pioneering strategies to profile the specificity of artificial nucleases.

As Project Leader, he contributed to show targeted gene correction in human hematopoietic stem cells. Since 2013, Angelo is Assistant Professor at Università Vita-Salute San Raffaele and, since 2015, Group Leader at the SR-Tiget. His team developed a novel modality gene therapy that exploits targeted epigenetic editing to permanently silence gene expression.

Angelo has published >25 articles in peer- reviewed journals, including papers as first/last author in Cell, Nature, Nature Biotechnology and Nature Methods. He is inventor on several patent applications related to these publications. He has received several prestigious prizes, including the Young Investigator Award from the ESGCT and the Excellence in Research Award from the ASGCT. He has been repeatedly invited as plenary speaker at top international meetings, including the Keystone Symposia, ASGCT, ESGCT, and ISSCR.