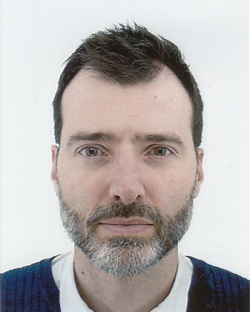 
Marco Punta is the coordinator of the Immunogenomics Lab research area at the Center for Omics Sciences and a member of the Unit of Immunogenetic, Leukemia Genomics and Immunobiology of IRCCS Ospedale San Raffaele (OSR) in Milan, Italy. He holds a degree in Physics (“La Sapienza” University, Rome, Italy) and a Ph.D. in Biophysics (S.I.S.S.A., Trieste, Italy).

Marco did his postdoc at Columbia University (New York, NY, USA) in the group of Burkhard Rost; here, he contributed toward the development of neural network-based prediction methods (including PROFcon, Ucon, MetalDetector) and worked on target selection and protein structure annotation for large structural genomics consortia (NYCOMPS, NESG). He is a former Carl von Linde junior fellow (TUM-IAS, Munich, Germany) and a former project leader at the Pfam database (now at the EBI, Hinxton, UK, http://pfam.xfam.org), where he supervised the annotation of protein families and investigated homologous relationships in difficult and/or yet-unclassified areas of the sequence space. From 2016 to 2020, at the Institute of Cancer Research (London, UK), he has worked in cancer genomics with a specific focus on the study of the immunogenic potential of cancer somatic alterations and on the analysis of the gut microbiome in ALL malignancies.

At the OSR, he works on the characterization of immunogenomic correlates of relapse in transplanted AML patients and, more in general, supports OSR projects that aim to target tumor or viral antigens. He also maintains external collaborations with the ICR London (Mel Greaves' and Alan Melcher's groups) and with the group of Alessandro Laio at SISSA, Trieste, Italy (on the automatic classification of protein families).