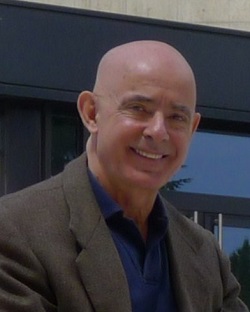 Alessandro Rubinacci graduated with honors in Medicine (1977), specialized with honors in Orthopaedics and Traumatology (1980) at the University of Naples. He was research fellow (1983) in the McKay Lab, Orthopaedics Dept, University of Pennsylvania, Philadelphia; in the Biochemistry Dept, Catholic University of Leuven, Belgium, (1984-1986). He then became established Researcher (1993 to present) at IRCCS Ospedale San Raffaele. Rubinacci has been visiting researcher at the Marine Biological Laboratory, Woods Hole, MA (1989,1990, 2013), and Massachussetts University, Amherst (2011,2012). He was member of Life Science Working Group of European Space Agency (2004-2006); expert of European Science Foundation; member the Scientific Commission of SIOMMMS (2010-2013); reviewer for European Union, SCI Journals and Italian Ministry of Research. He partecipated to Evaluation of ESA’s Programme for Life and Physical Sciences in Space in 2008 and 2012. AR is Certified Clinical Densitometrist (CCD) by the International Society of Clinical Densitometry.