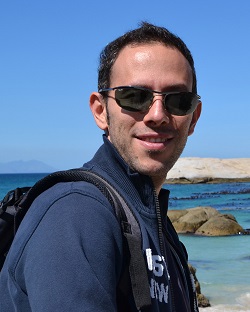 Alessandro Sessa is a staff scientist in Stem Cell and Neurogenesis Unit at IRCCS Ospedale San Raffaele in Milan (Italy). He is a developmental neurobiologist interested in the role of epigenetic players in the physiological development of the brain as well as their impact for the establishment of pathological conditions in humans. He obtained his PhD (Molecular Medicine, Neuroscience program at San Raffaele University) in Vania Broccoli’s laboratory in 2012. During his PhD, he worked as guest scientist in Francois Guillemot’s lab at NIMR in London to improve his skills in chromatin immuno-precipitation following by deep sequencing. During his career he combined molecular biology, genetic manipulation and high-throughput analysis to address biological processes during brain formation. Alessandro Sessa has published 20 papers in international scientific peer reviewed journals and contributed to one chapter for the textbook “Epigenetics in Human Disease, 2nd edition” (Elsevier). He is contract Professor at the Medical School of the Vita-Salute San Raffaele University.