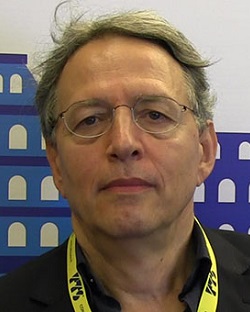 Dr. Fabio Minicucci was born in Milan, March 22, 1954, he graduated in Medicine and Surgery (110/110) in 1980, and specialized in Neurology in 1984 at the University of Milan. In 1986 he was Assistant Clinical Neurologist at the Neurological Clinic IV of IRCCS Ospedale San Raffaele in Milan and in 1999 he was confirmed as Deputy Head Physician at the Neurophysiology Unit of the same hospital.

From 1997 to 2002 he was in charge of the study group on "Intraoperative Monitoring" of the Italian Society of Clinical Neurophysiology and of the study protocol on the State of Male Epileptic of the Italian League against Epilepsy. From 2002 to 2009 he was Head of the Functional Unit of Neurophysiology, part of the complex Unit of Neurology and Neurophysiology of IRCCS Ospedale San Raffaele in Milan. Until 2011 he was a member of the scientific committee of the courses in Epilepsy and Electroencephalography of Gargnano (Patronage of the LICE-University of Milan - Sc. It. Clinical Neurophysiology). Since 2004 he has been in charge of the Regional Center for Epilepsy of IRCCS Ospedale San Raffaele and since 2009 he has been in charge of the Functional Unit "Epilepsy Center and related techniques" of the Neurological Department of the same hospital and of the research unit "Paroxysmal events".