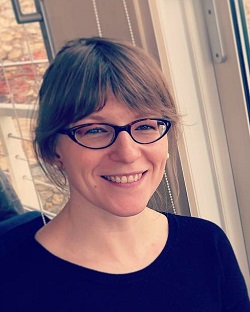 
Anna Kajaste-Rudnitski’s training and education are in molecular virology and innate immunity. She started her scientific career as an undergraduate and then PhD fellow at the Pasteur Institute, Paris, France, uncovering the molecular basis of IFN-induced OAS proteins in mediating resistance to West Nile virus infection and characterizing the molecular mechanism of action of DC-SIGN surface lectin polymorphisms that associate with severe Dengue hemorrhagic fever. Anna Kajaste-Rudnitski continued her post-doctoral training in molecular virology at the San Raffaele Scientific Institute, Milan, Italy, from 2006 to 2012. During this time, she identified immune correlates of protection to influenza vaccines and investigated innate immune mechanisms of restriction against HIV-1 and Influenza A. Since her recruitment at SR-Tiget as Project Leader in 2012, promoted to Group Leader in 2016, her team investigates the molecular mechanisms of host-vector interplay during gene transfer in human hematopoietic stem cells (HSC). This research has thus far led to the discovery of multiple lentiviral restriction blocks in HSC and the development of novel, more efficient transduction protocols. Building on these observations, Kajaste-Rudnitski’s research interests are expanding to investigate the impact of viral vector transduction and, more broadly, of nucleic acid sensing in physiological and pathological processes in the hematopoietic and central nervous systems.